Winter, Too, Must Pass

One form of writing I haven't discussed here before is poetry. That's mainly because it's something I haven't indulged in for many years. I wrote a bit of poetry in my younger days and published one or two when I was running Nashville Magazine back in the sixties. 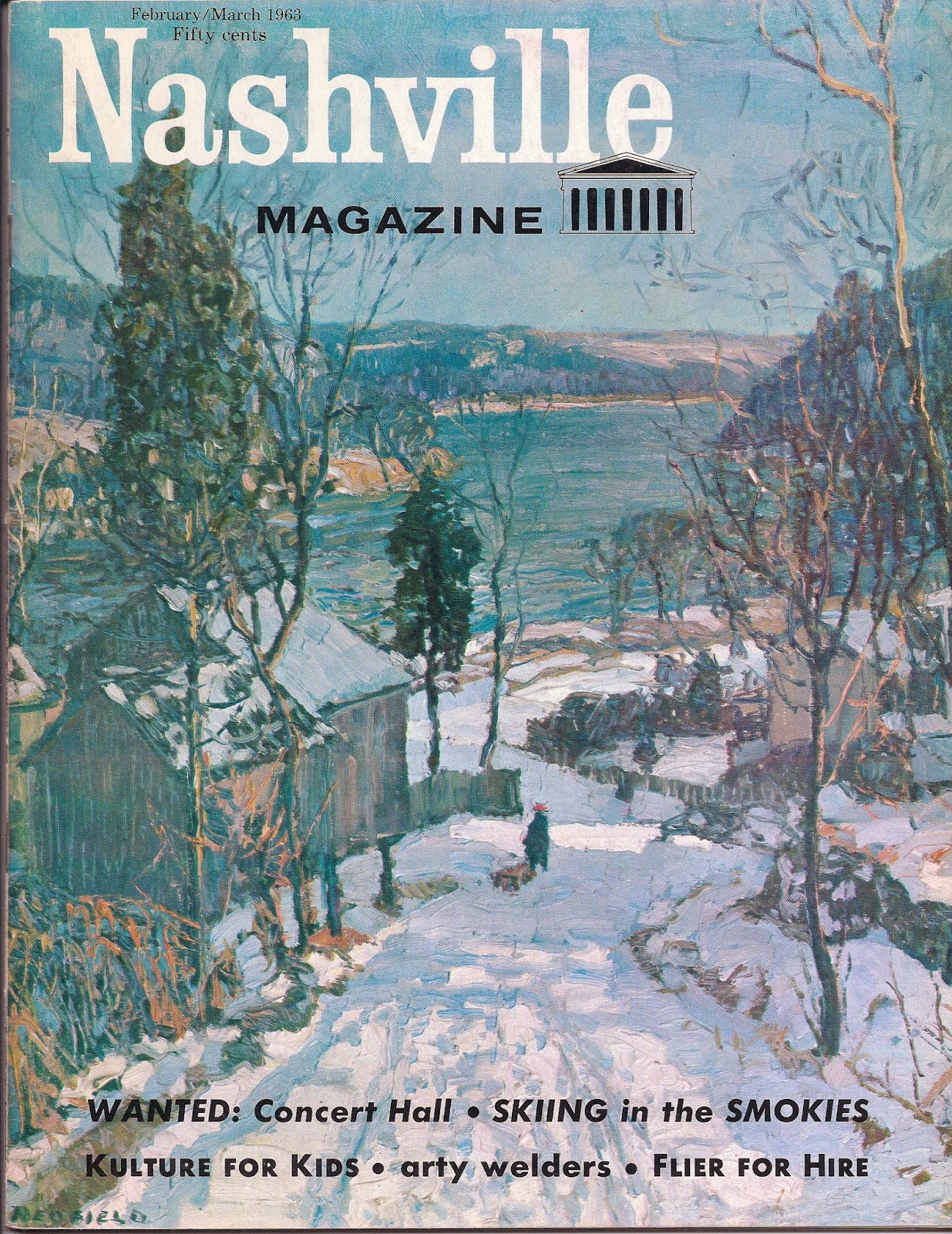 This was our second issue, dated February/March 1963. The cover is described this way on the Contents Page:

"After the pure havoc created by the weather in Nashville during January, we chose the serenity of a rural view for this month's cover. Called 'Valley in Winter,' the Edward W. Redfield painting hangs in the Main Gallery of the Parthenon in Centennial Park. It is part of the James M. Cowan Collection, donated in 1927, which has been called one of the finest small collections of art in America."

The magazine's graphic logo at the top, created by Art Director Hermann Zimmermann, is a representation of the front of the Parthenon. An exact replica of the Athenian temple, it was built originally for the Tennessee Centennial Exposition in 1897.

The Redfield painting is wider than shown on the cover. It's full width is shown on a two-page spread inside, followed by smaller winter photos and my poem:

WINTER, TOO, MUST PASS

The sky glistens in the winter night
like frost crystals
reflecting from a darkened pane...cedar smoke, sweetly piquant,
spices the heavy cold, conjuring up wistful scenes
before an open fire...but every silent breath
hangs in the air like a frozen sigh.

The night wind brushes icy fingers
across a reddened cheek...gaunt, bare arms
of once-stalwart oaks shudder in the maddening chill,
and warmth seems all but lost save in the memory
of a summer past.

Can life, once so vibrant, so compelling,
so filled with quenchless thirst be forever
locked within this bleak and frigid vale?

No: winter, too, must pass...dreams frozen in their prime
by the icy grip of fate
shall be revived as the sap of life

flows once more—
even through the bitterest night
the spark still glows,
for in the unfailing promise of spring
dwells winter's lingering hope.

The poem was not signed. This is the first time in fifty-one years that I have acknowledged authorship. I might look around and see if I can find some more.

Posted by Chester Campbell at 8:44 PM