For years I read advice from novelists who said you should sit down and write your story straight to the end without pausing to look back. If you were unsure about something, keep plowing on and take care of it later. Finish the first draft, they said, then go back to check out questionable details, fine tune the language, and add all those exciting moments that would delight readers. 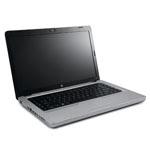 My mind never worked that way. Each time I sit down at the computer to continue a story, I read what I wrote last to set the mood. In the process, I'll spot some word or phrase I feel could sound better and make the change. Once in a while I'll go back all the way to the first page and read through to where I stopped. tweaking here and there. My chapters also get raked over the coals of my critique group, so that gets added into the mix. By the time I finish my first draft, it's actually a comprehensive revision.

After I started on my new WIP (work in progress, for the uninitiated), I thought about this method that others consider the best way to write. It was time to do some research I wasn't particularly interested in doing at the moment, so I decided to forget it for the present and keep on writing.

What happened? The next time I resumed work on the manuscript, I went back to the last chapter, read through it and...started making changes.

Old habits are hard to break. I've set a deadline of April 1 to finish the first draft, though, meaning I can't piddle around any longer. When I get through, I'll decide if it was worth the aggravation. Meanwhile, I'm plowing ahead like I knew what I was doing.
Posted by Chester Campbell at 5:37 PM 3 comments:

The Real Reason I Write Mysteries

I'm sometimes asked why I chose to write mysteries. I usually give the conventional answer, about how I like books that set the world right. In the end, the good guys win, the bad guys lose. That's true, but on further reflection, I realize it is hardly the whole story.

My fascination with crime detection goes back to when I was a kid. I was an eager reader of Dick Tracy in the comics. I read Big Little Books about the fictional detective. I listened to radio shows about FBI agents on the Gang Busters programs, and I was also a fan of the Junior G-Men radio broadcasts. I dutifully ordered their badges and whistles and spy gear.

I thought about being a lawman before that idea got crowded out by the prospect of being and airplane pilot. I wound up being neither. After becoming an adult and a journalist, I switched my reading interest to a mystery sub-genre, the spy story.

I followed the adventures of Helen MacInnes' protagonists and those of John le Carre and Len Deighton. I read books about the Russian KGB and the CIA. The first novel I wrote (discounting one I did while still in college) involved the KGB chasing down a defector working as a professor at Vanderbilt University. This was back in the sixties.

I suppose I had a secret ambition to become a spy in those days. I fancied myself as being rather nondescript and able to move about without attracting attention. It was the thought of traveling incognito and ferreting out secrets that excited my imagination. I kept up with the shadowy activities of Cold War operatives, and when the Soviet Union came apart about the time I retired, I started writing post-Cold War novels in earnest.

After a lack of success with several spy novels, I segued into the detective story. My first effort, Secret of the Scroll, became my first published book. I found I was writing about guys doing what I would have liked to do. I made my hero bigger than me, bolder than me, more confrontational. He still thought a lot like me, but more important, he was an action guy, doing exciting things.

That, it appears, is the real reason I turned to writing mysteries. I wanted to experience vicariously the sort of life I might have lived. I'm happy with what I've accomplished in a long career as a writer, but it's fun playing the role of criminal investigator in my mind.
Posted by Chester Campbell at 10:23 PM No comments: