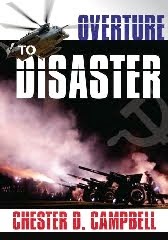 I put up Overture to Disaster a few days ago and am working to promote it in such places as Twitter, Facebook, and various listserves. If you'd like to try it free in exchange for an honest review, just click on this link.
Posted by Chester Campbell at 9:45 PM 1 comment: