Remember the Fallen, Those Who Gave Their Best 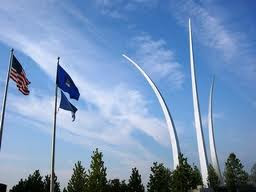 I enlisted in the Army Reserve for Aviation Cadet training in June of 1943, just out of high school. I wouldn't turn eighteen until the end of November, so wasn't called to active duty until January. D-Day in Europe was nearly six months away, and troops were fighting their way north in Italy. American and British bombers blasted away at targets in Germany, particularly Berlin.

With the air war going well, the U.S. Army Air Forces had more aircrew officers in the pipeline than needed. So they distributed us Aviation Cadets around bases in the South. I started out at Moody Field, Valdosta, GA, where I wound up doing KP (peeling potatoes, scrubbing pots and pans) and helping build a firing range the German POW's refused to participate in. When a College Training Detachment class opened at Winthrop College, a girls' school in Rock Hill, SC, I headed off to the first phase of training.

In the spring of 1945, I finally made it to the San Antonio Aviation Cadet Center (now called Lackland Air Force Base) for the next class in Preflight School. We studied subjects like meteorology, aircraft identification, and Morse Code. But, alas, when that was over, there were no openings for flight training. I joined other cadets at Randolph Field, on the other side of the city, to be guinea pigs in the School of Aviation Medicine. We performed such chores as getting physicals by candidates for designation as Flight Surgeons and trying out pills for airsickness. In the latter case, we took the pills then sat in swing-like gondolas where we were swung back and forth, higher and higher, to see how long it would take for us to get sick. I've never had a problem with airsickness, so I wasn't much help.

After a few weeks of that routine, another cadet and I were transferred to the Officers Mess, which also housed the VOQ, or Visiting Officers Quarters. We had rooms in the VOQ and worked in the office. After the barracks I had occupied, this was luxury. Built in the 1930's as the showplace of the new Army Air Corps, Randolph was known as the West Point of the Air. Its buildings were designed in Spanish Colonial Revival Style architecture, a far cry from those on bases thrown up during World War II.

It was here that I got the idea of becoming a writer. My fellow cadet had spent a year at Yale before joining the service. While chatting one day about what we'd do after the war, he confided that if he were to start college again, he'd study journalism. I'd never done any writing, but that stirred my interest. When news of the Hiroshima bombing came shortly after that, I sat at the office typewriter and started a story involving the A-bomb. When I was discharged about three months after the war ended, I set my sights on journalism school and enrolled at the University of Tennessee in January 1946.

While I don't think I contributed much in World War II, except my presence in uniform, I played a more significant role in the Korean War after getting an Air Force commission through ROTC. I served in the Estimates Division of the Directorate of Intelligence at Fifth Air Force Headquarters in Seoul. My job was to monitor enemy air activity and report on its consequences. I spoke on the subject at briefings for United Nations personnel and was awarded the Bronze Star Medal for meritorious service.

At one time I had the chance to join a group from the DI that journeyed up to the front lines, but for some reason I wasn't unable to make it. So I missed my best opportunity to get shot at.

But on this Memorial Day, I salute all those who served in whatever capacity. And I wish all the survivors a happy life. Mine certainly has been.

Posted by Chester Campbell at 4:52 PM No comments: 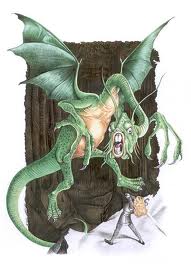 All of this is covered in the background of my character, Burke Hill. I lost contact with the ex-agent before we got to the point of putting anything on paper. I learned he died several years ago. It makes for quite a story. You can check out Burke Hill and Beware the Jabberwock at  http://www.amazon.com/dp/B007VQJ3PY.
Posted by Chester Campbell at 1:00 PM No comments: 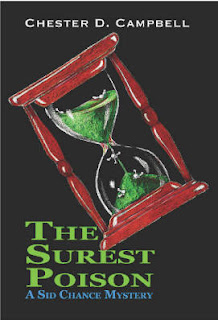 
Posted by Chester Campbell at 12:34 PM No comments: