The Fallout of Falling in Love

Falling in love has always been something I do quite easily. My first experience took place at the tender age of ten or twelve. She was the girl next door named Mary Frances (Faffy) Green. I just learned that she died last week in Florida. I used the term "fallout" in the subject of this little opus, which usually denotes something unfortunate. But in this case it simply means the result of an event. And for me that means it had an effect on my writing.

Faffy's older brother, John, became my best friend in those carefree days. We got into all kinds of mischief, and I wrote about  of some of our escapades in prior blogs. You can check out one at A Flying Dream Adventure. Faffy and Johnny had an uncle who was a pilot in the Air National Guard prior to World War II. I used his experience for a character's father in The Marathon Murders.


When I got into junior high, I fell in love with one of Faffy's friends, Marge, who I met at the Green's house. I had never been the outgoing type and was rather bashful as well. I would bring her packs of chewing gum at school and chat in the corridors or on the lawn at lunchtime. During warm weather when sunset came late, I would walk to her street, several blocks away, and stroll past her house hoping that she might appear at the door. She never did. I used that experience for a character in one of my books. Marge went on to marry a neurosurgeon.

In high school I got a little bolder with a girl named Dottie Wechsel. I carried her books as I walked her home some eight or ten blocks past where I lived. We would sit on the porch and talk, and I got to know her mother quite well. She worked downtown at a telephone answering service. I wound up doing better with the mother than the daughter. My problem was I had little money and was too young for a driver's license. A guy with his own car soon swept her away. But I used her last name for a character in A Sporting Murder.


My senior year I fell for a girl whose dad was a preacher. When he was moved to a church a few miles away in Northeast Nashville, I had to take a bus to First Street, on the east side of the river opposite downtown, then transfer to another bus to reach Ruth's house. Standing there waiting for the second bus, I got a generous dose of the soot that settled out of the smoky atmosphere of the central district in those days. My white shirt would wind up with black specks. We dated until I went into the Army in World War II, and the few times I got home after that. But when the war ended, I went off to college in Knoxville and she went her way back home. I used some of our experiences while writing about characters in an unpublished manuscript titled Hellbound.


In a bit of a switch, it was my writing that brought me to the lady who became my wife for some forty-five years until she died of Parkinson's complications. After (actually during) journalism school, I went to work as a reporter for The Knoxville Journal. As part of my job on the police beat, I made rounds at Knoxville General Hospital to check the records at the Emergency Room. I'd chat with the student nurses and soon fell for one named Alma Miracle. We married when I returned from Air Force service in the Korean War.


Sarah, the current love of my life, and I met in Sunday School and have been married nearly thirteen years. We enjoy a lot of friendly by-play, which turns up in my Greg McKenzie series in conversations between Greg and his wife, Jill. For a sample, check this exchange from Chapter 3 of Deadly Illusions.


I've used actual names here, but the ladies have gone on to identify themselves by their married names. At a any rate, there aren't too many people left who could identify them. I went to my high school alumni association's monthly luncheon today, and one of my classmates remarked that there were only three of us in attendance from 1943. The ranks are thinning.


But I'm sure falling in love will always be in fashion, and I'll keep remembering things from the past to write about.

Posted by Chester Campbell at 9:10 PM No comments: 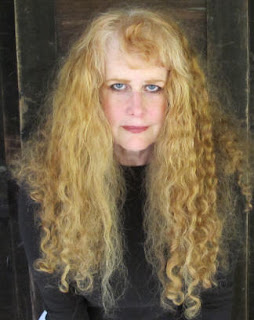 My guest today is C.E. Lawrence, a New York-based suspense writer, performer, composer and prize-winning playwright and poet. Silent Screams, Silent Victim and Silent Kills are the first three books in her Lee Campbell thriller series. She discusses here her experience in writing at retreats in New York's Catskill Mountains and a Scottish castle.

Hi, everyone! The experience of writing this novel about a serial killer was interesting, because I wrote most of it in a secluded cabin in the woods of Ulster County. My “security” consisted of a feeble hook and eye lock that a five year old could pry off with a screwdriver. My Home Protection System was a fat, indolent tabby who was more interested in chasing chipmunks and coming home smelling of skunk than warning me of intruders.

My beloved cabin is part of Byrdcliffe Art Colony in the Catskill Mountains, where I slaved over a hot manuscript for two summers, researching by day and writing by candlelight. I put in requests to the Woodstock Library for every book they had on serial killers, forensics, and other sordid topics. This was during the Bush administration, so I’m surprised they didn’t flag my library card – I kept expecting a Lincoln town car to pull into my driveway with two Men in Black wearing Ray Bans and ear pieces. I imagined being whisked away by the FBI or the NSA to languish in an Egyptian prison, where I would finally give up the names of my “handlers” – Pia and her colleagues at the Woodstock Library, where they don’t charge late fees, because, according to Pia, “We tried it once, but it was too much trouble.”

Such is the spirit of Ulster County at its best, and such were my summers, where recreation was playing an old upright piano (formerly owned by The Band), in between death matches of killer ping pong in the barn with fellow writers. The closest I came that summer to real danger was the hike I took in the Catskills with Byrdcliffe colleague Alexandra Anderson and painter friend Lucy Nurkse. We entered the woods at about ten in the morning, thinking we’d be out by tea time. Our Three Hour Tour turned into a Death March that had us staggering out around sunset, covered with mosquito bites and poison ivy, down to our last bottle Evian. I’m not sure which of us was Ginger and which was Marianne, but I’m pretty sure I was Gilligan. We’re still not sure why our copious maps led us astray, but I learned something that day:

The woods takes no prisoners.

So I came back to my cabin, settled in with a bottle of ibuprofen and a cup of coffee from Monkey Joe in Kingston, and worked on my manuscript. I had a first draft by the end of the second summer there, and the rest, as they say, is silence – as in Silent Screams. 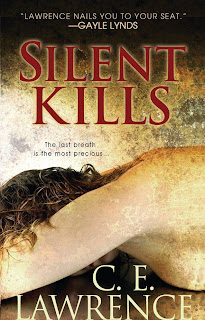 I wrote the sequel at Hawthornden Castle, an international retreat for writers in Scotland where I was a Fellow (I love saying that) last January. The castle was a medieval structure which provided shelter to William Wallace, Robert the Bruce, and Bonnie Prince Charlie, during their rebellions against the British crown. I hiked through the glens to Wallace’s Cave, where he allegedly camped while in hiding from the English. The castle was later owned by poet Lord William Drummond, and now is a retreat for writers owned by the heir to the Heinz corporation. So every packet of ketchup sold by McDonalds helps support working writers.

In Scotland, I learned to eat haggis (notice I didn’t say “liked”), took long hot baths in a tub the size of the East River, and was taken very good care of by the wonderful Scottish staff. They kept tea out for us at all times, which was good, since the Scots apparently don’t believe in central heating – and Scotland in January will freeze your tatties off.

Words can hardly do justice to a landscape that, even in January, brought tears to my eyes daily. The glens are as romantic and craggy as I had hoped they would be, and the Scottish people were as friendly as their landscape was rugged. My fellow writers included two wonderful British poets and a lovely Russian writer who spoke no English. We communicated through a computer translator program, which was rather like being on a bad episode of Star Trek.

C.E. Lawrence's other work is published under the name Carole Bugge. Titan Press recently reissued her first Sherlock Holmes novel, The Star of India. You can read more about her at her website:

C.E. Lawrence.com
Posted by Chester Campbell at 9:42 AM No comments: