That's the title of the first book I finished after taking up mystery writing on retirement in mid-1989. It was an end-of-the-cold war thriller. After completing the manuscript, I sent out a few queries to New York agents and got a positive response from one. The agency began sending it to editors and sent me copies of their responses. One referred to it as "creepily plausible and nicely audacious." Another commented on the timeliness of the book but said their fledgling thriller line was taking a style and characterization different from the genre as a whole. An editor at the Berkley Publishing Group wrote, "It is a very well written thriller, but this genre is just too hard to sell in mass market at the moment. Maybe this would work well in hardcover." Another said, "It's a competent and entertaining piece of work." But it wasn't the type of novel published at his house. 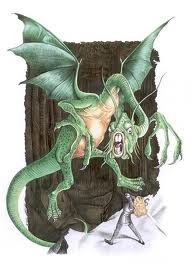 After about six months, the assistant handling my manuscript left the agency. The principal agent wrote that she was concentrating on non-fiction and wouldn't be able to represent me. So the manuscript went onto the pile on my office floor. It had been created in one of the early word processing programs before I knew much about Windows. I later converted it to Word and it has been on a succession of hard drives since.

I followed Jabberwock with two more thrillers in a trilogy featuring disgraced FBI agent Burke Hill, who was hired to run a CIA spin-off disguised as an international public relations firm. The second book went to an agent who sounded like an old guy when I talked to him on the phone. He kept telling me post cold war spy stories were difficult to sell in those days (early nineties). After nearly a year, I tried to call him and found he had died. By then I had the third book finished and this one landed with a major New York agency (the one that handled John Grisham). I finally learned the manuscript had been sitting on the shelf until when it finally went to an editor, he wrote that it was too dated.

In the hindsight of two decades, the Cold War spy story has made something of a comeback. I'm too jaded now to venture back into the agent search business, however. So I decided to revise the manuscripts and make them available as ebooks. I have about completed work on Jabberwock and hope to get it up soon for the Kindle and on Smashwords for other ebook formats.

The character of Burke Hill was based on a former FBI agent I met back in the sixties when I was editing Nashville Magazine. His name was Jim Scott and he had quite a tale to tell. We talked about my writing his story for a book, and I taped a few hours of reminiscences. He wrote the FBI to get a copy of his files under the Freedom of Information Act. I still have a copy of the reply he received, asking for money to pay for making copies. But before anything came out of it, he moved on and I eventually lost touch with him. The last i heard he had died in his home state of South Carolina. My character followed Scott's story about being chosen by J. Edgar Hoover to attempt to infiltrate the Mafia. In preparation, he resigned from the Bureau and committed a few bank robberies to establish his bona fides. When he failed to get close to the mob, he went back to Washington and was rebuffed by Hoover. Then the FBI blocked his attempts to find another job.

Jabberwock opens in Vienna shortly before dissolution of the Soviet Union with a clandestine meeting of a high CIA official and a KGB general, where a plot is hatched that would change the course of the two countries.
Posted by Chester Campbell at 9:21 PM No comments: