Why write a mystery? 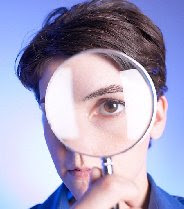 Why did you decide to write a mystery, people are always asking us who do. My stock reply is that it’s an opportunity to do what frequently does not happen in the real world around us. Namely, see that the evil suffer their deserved punishments and have our little corner of the universe restored to equilibrium, for however brief a time.

But maybe it goes deeper than that. Perhaps it’s an urge to trot a few of our alter egos out on the stage and indulge in a little morality playwriting. Our protagonist is the Everyman character, and other players portray a variety of evils and a few laudable traits. Some of the less-than-stellar quality figures and a good one or two will be dismissed along the way as not germane to the plot (i.e., red herrings). In the end, the readers will understand the moral that good overcomes evil.

I chose to write private eye mysteries. Many critics see the modern PI as a linear descendant of the venerable cowboy who helped tame the West. He’s committed to seeking truth and justice and devotes his energies to protecting those unable to protect themselves. Raymond Chandler, creator of Phillip Marlowe and one of the genre’s most famous authors, wrote this memorable line in an essay on “The Simple Art of Murder:”

“But down these mean streets a man must go who is not himself mean, who is neither tarnished nor afraid.”

After noting several well known fictional private eyes, Robert J. Randisi, who founded the Private Eye Writers of America, said, “All of these characters operate under the same general moral code, which is of course a large part--if not the largest part--of the P.I. ambience. The code says, ‘The guilty must be punished, and I'm.gonna .punish them!’”

Others trace the American private eye’s heritage all the way back to Lancelot and King Arthur. Wherever he came from, he’s a complex character who we feel obliged to root for. He’s the sort of guy I like to read about and, conversely, the one I enjoy writing about.

Another reason we write mysteries is the challenge of creating a believable scenario with enough clues and twists and turns to keep readers interested and keep them guessing. Basically, besides the detective, there are only three other characters necessary in a mystery–a murderer, another suspect, and a victim. In such a case, however, it would be advisable to keep the victim alive until well into the story. Otherwise you’d have to indulge in quite a bit of the dreaded flashback.

I’ve seen this idea pursued in a short story, but never a novel. Maybe it’s a challenge to consider. Have you read any mysteries with a minimal cast of characters? How did the author keep you guessing for 70,000 words or more?

Posted by Chester Campbell at 8:09 PM

I remember sitting in church one Sunday morning and plotting how to kill my minister husband for his birthday. I design mystery games as well as write mysteries, and there is something cathartic about planning murder. Figuring out how you would do it and get away with it. I usually start my mysteries from that point, rather than from the point of view of the detective.

Interesting approach, Linda. Remind me to keep an eye out for you.

Re: this quote:
“But down these mean streets a man must go who is not himself mean, who is neither tarnished nor afraid.”

It seems as though in a great many of today's mysteries or thrillers the hero is tarnished in some way. He has something black in his background.

I suspect in most cases the tarnishment comes from actions they took that were either questionable or not wrong from an ethical standpoint, however, they were perceived as a tarnishment by others. In The Surest Poison, Sid Chance's reputation was blackened by headlines and talk about his accepting blackmail. The charge was found to be false and thrown out, but the damage had already been done.

I can't think of any mystery I've read with a minimal number of characters and now I know why! Interesting post.