How to make big money with your book 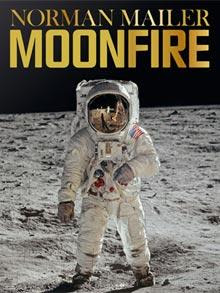 I’ve found the answer to how to make big money off your book. When I read about it, I said to myself it’s so simple why didn’t I think of that? The story was in the London Telegraph last week. Taschen America, the U.S. affiliate of Taschen GmbH in Germany, has a new book out titled MoonFire, the Epic Journey of Apollo 11 that sells for a mere $1,000 per copy.

You wouldn’t need to sell a bunch to make a down payment on a nice repossessed mansion. Tell your friends if they want one, they’d better not tarry. The publisher is only printing 1969 (that’s the year of the moon landing). But the coup de grace lies in the last 12 copies. All the books are numbered, of course, and numbers 1958 through 1969 are described with this note:

“Each copy comes with a unique specimen of lunar rock, ranging in weight from a slice of the moon at 0.4 grams to 30.34 grams, one of the largest lunar meteorites ever found on Earth.”

These will cost an astronomical figure (pun intended) that hasn’t been revealed. According to the Telegraph story, "It will be thousands, hundreds of thousands of dollars," Creed Poulson, the firm's public relations manager, told The Times.

The book itself, including the “cheaper” version, includes Norman Mailer’s three-part Life magazine depiction of the Apollo 11 mission, along with numerous photos from Life and NASA. The boxed edition comes with a Plexiglas-framed copy of the cover photo showing Buzz Aldrin walking on the moon. It is signed by the retired astronaut, who recently suggested NASA skip planning another moon trip and head on to Mars.

Okay, you ask, how do you relate all this to your own situation? Good question. As those of you familiar with The Surest Poison (April 2009, Night Shadows Press) know, the book involves the toxic effects of an illegal dump of trichloroethylene behind a small plant outside Ashland City, Tennessee. I plan to create a limited commemorative edition that will come with a small vial of the chemical, better known as TCE, which you can place on the bookshelf or pour in your water supply to see what happens.

The numbered volume will include retired corporate attorney Ben Small’s exciting description of TCE cases he’s been involved in, and real-life Private Investigator Norma Mott Tillman’s breath-taking story of the actual TCE-dumping case that inspired my book. And I’m not greedy. It’ll sell for a mere $500. I can print 2009 (the year of publication), though, so the total will be a tidy $1,004,500. The printing and boxing cost should run somewhat less than that, so I’ll make out okay.

Don’t worry, I’ll give you plenty of advance notice on when to order your copy. Meanwhile, if you haven’t read the original book, that’s your first assignment.
Posted by Chester Campbell at 11:10 AM

You've come up withthe perfect solution. Sell one book and you've got it made! It would be especially good to market the book to those people who believe if something is very expensive it has to be good!

Right on, Jane. Just the opposite of people don't appreciate something that's free.

I wonder how much people would be willing to pay for a book about a lawyer who is afraid of elevators?
Should I throw in a free elevator? No, that might cost me too much. I'll have to think of something else.