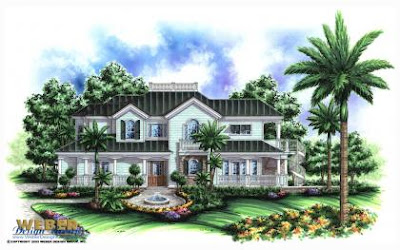 When I began working on the book that eventually became The Surest Poison, I wanted my PI, Sid Chance, to have a female sidekick. I found it advisable to change some of Sid's characteristics as I got into the story, and the lady who became his part-time associate underwent a bit of a metamorphosis as well.

Jasmine LeMieux turned out to be an interesting character who has been well liked by readers. My characters develop the same way as my stories. I have a vague notion about them when I begin, but they come to life with all their virtues and foibles as I start writing about them.

When the story begins, you learn quickly that Jaz is wealthy. She inherited controlling interest and serves as board chairman for a nationwide chain of truck stops (think Love's, Pilot, or Flying J) headquartered in Nashville. She has a bit of a checkered background brought on by falling out of favor with the family after she quit school to join the Air Force.

I wanted her to be attractive (pretty face and shapely figure) but tough. She had been a star basketball player in college and served in the Security Police under a sergeant who had been a Golden Gloves champion. He became her trainer when she went into women's professional boxing after her discharge. Although reaching the pinnacle of that profession, she soon realized that unlike the male sport, women's boxing didn't pay enough to live on. (That was an interesting point I learned while researching the book.) That's when she got a job as a Metro Nashville policewoman.

Although she really enjoyed it, she gave up police work to help nurse her father back to health after a serious accident. Her aristocratic mother, the chief architect of her banishment, had died earlier. Jaques LeMieux, a French Canadian import, taught her the ropes of the business, and she went back to school to earn two degrees.

Jaz still works out to keep in shape and spends stime at the range occasionally to maintain her firearms proficiency. Oh, and that house up at the top of the blog? LeMieux built a French Colonial mansion in a posh Nashville suburb, where Jaz still lives. I modeled her home after this one I found by Googling "French Colonial mansion."

She still retains a couple, now in their seventies, who had worked for the family since she was a girl. They lived in a small guest house behind the mansion until she convinced them that they should move into the big house. You'll have to read the book to find out how that fits into the story.
As for Jaz, she fits the plot like a stylish glove. And she'll continue to emerge in Book 2.

Posted by Chester Campbell at 7:07 PM

I'll never get how, even in real life, folks who forgo their family's aspirations in order to join the military are then scorned by their family and/or friends. I see it all the time and still don't get it.

I didn't really go into this in the book but may in a later story. It was part snobbery and part because she quit school. But going into professional boxing really brought her mother's wrath.