Nashville PIs get their guys (killers) 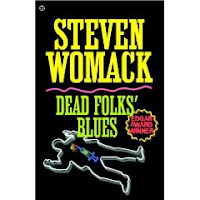 Checking out the mystery novels that originate in Music City, you get the idea that Nashville private investigators solve more murders than in any other city near it in size. The trail started back in 1993 when Steve Womack’s first Harry James Denton novel, Dead Folks Blues, hit the shelves. It won the Edgar Award for Best Original Paperback in 1994.

If you’re not familiar with Harry (and if not, you should be), he’s an ex-newspaper reporter who becomes a PI in Nashville and proceeds to get into all kinds of trouble. Of course, in the process he solves murders that crop up in the course of his work. Following that first book, Harry stakes out his Nashville turf in four more novels (Torch Town Boogie, Way Past Dead, Chain of Fools and Murder Manual) before Womack packs him off to Reno to wrap up a difficult case involving a brothel. 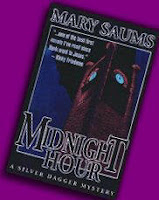 About the time Harry James Denton made his final appearance in the year 2000, along came Willi Taft, a Nashville back-up singer and neophyte private eye. The creation of Mary Saums, a former recording engineer turned mystery writer, Willi solved murders in Midnight Hour, and again in When the Last Magnolia Weeps. 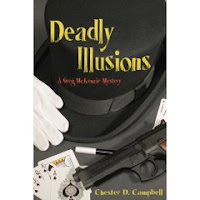 My own Greg McKenzie first appeared in 2002 and provided clues to a few murders, but he was only a retired Air Force investigator then, trying to track down his wife’s kidnappers. It was the third McKenzie novel in 2005, Deadly Illusions, when he and his wife, Jill, became PIs and solved their first Nashville murders. They were at it again in the fourth book, The Marathon Murdcrs.

In 2004, another Nashville PI made his debut. Jared McKean, a former police officer, faced the task of finding a murderer to prove himself innocent of killing a prostitute who framed him. The author of Too Close to Evil is Beth Terrell, who has been working on another mystery in the series which will no doubt wrap up another Nashville murder case.

Nashville has racked up even more fictional homicides since 2007, though they weren’t solved by private investigators. Metro Homicide Lt. Taylor Jackson began pursuing the bad guys with All the Pretty Girls in 2007. Her creator, J.T. Ellison, a former financial analyst and marketing director for defense and aerospace contractors, has kept Lt. Jackson busy with 14, followed by Judas Kiss, with The Cold Room due out next year.

Actually, Nashville has a reputation as a very friendly place, though it’s had its share of high-profile homicides. The case of a 13-year-old Girl Scout who went missing 30 years ago, then was found dead, reached closure recently with a conviction based on DNA evidence. And the latest front-page murder, that of former Tennessee Titans quarterback Steve McNair, has finally been laid to rest after weeks of one disclosure after another.

It’s obvious that if you’re a fictional PI looking for a good place to scare up a murderer or two, Nashville is a dandy place to drop anchor. Matter of fact, Greg and Jill McKenzie are working hard on a new case that doesn’t have a name yet, but will soon. It’s due out early next year.

Do come visit us. But be careful.
Posted by Chester Campbell at 6:58 PM

I had no idea Nashville was such a hotbed of crime. When I think of Nashville, I think of country music. I guess that's because I love country so much.

Let's say it's a hotbed of fictional crime. Of course, there's enough of the real stuff to go around, but basically it's a nice, friendly city. People will give you a smile and speak to you anywhere.

I bet it's a nice, friendly city due to all the fictional PI's running around keeping it that way!

'Course, if we all avoided the places where fictional murders took place, we might not leave our houses. Although, come to think of it, fictional towns are safer than real ones. The crimes most often get solved quickly.

I'm glad to see Lt. Taylor Jackson is doing some of the work. With all those PIs solving all the crimes, the police have more time to pass out speeding tickets :>)