Cast of Charcters for Mysteries? 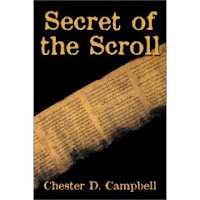 There’s been a thread running lately on DorothyL, the big mystery listserv, concerning the use of a Cast of Characters in mystery novels. It’s something early practitioners of the genre like Agatha Christie did. I’m not a historical mystery reader, but I understand writers of historicals frequently put in a Cast of Characters to keep everybody straight.

I think it’s a good idea. I keep a list when I’m writing and add names to it when I come up with a new character. It prevents the confusing practice of using names that sound too much alike, or starting more than one character with the same first letter. Sometimes the latter can’t be helped, as in my current work in progress. I have the name of a real person I promised to use in the book, and up pops a character from a previous book with the same first letter. I’m also using a couple of characters with “T” names who appeared in different books. One is a minor character, though, and the names don’t sound much alike.

I understand historicals often use a Cast of Characters to show relationships. It’s the old Family Tree idea. If I did that with my Greg McKenzie mysteries, it would only look like a twig. Greg and his wife, Jill, would be left hanging out on a limb. One book does include a cousin, but that would hardly warrant a trunk and branches.

I’ve thought about putting Casts of Characters for my current five books on my website. New readers could drop by and pick up a program (you can’t tell your players without your program, as the ball game hawkers used to chant). I thought I’d try it out here to see how it works. So if you haven’t read the first McKenzie mystery, Secret of the Scroll, here’s your chance to get started. The characters are listed more or less in order of their appearance.

Except for a few walk-ons who merited no more than a paragraph in the book, that covers the cast. Is this the sort of thing readers would be interested in? Please leave a comment.
Posted by Chester Campbell at 8:38 PM

Ok, that was interesting. Looks like somethings will always remain mystery.

I myself have been trying to solve the mystery of this legend for a while now. Could not understand much though.

By the way, good writing style. I'd love to read more on similar topics

Chester, I've been struggling with this idea, as well. How much info do you give before you give away some of the plot/ It's a tricky tightrope act.

Also, if the list is too long, it's more confusing than not having one at all.

Verdict is still out.

Now, the main reason I want a C of C is so that I can look up a character whose relationship in the story I don't remember. So you ought to alphabetise them or something.

Otherwise, perfect! Just what I want. Now, I just need a way to print this out, so I can tuck it into the front of the book when I read it. ;)

Theresa, you can copy the cast of characters from the blog here, paste it into a word file, then print it out.

I am rather neutral on the idea of putting a cast of characters in a book, and if I did, I'm not sure I would include so many. BTW, could you imagine the budget for this many actors if this was a movie script. YIKES!!!

You have a good point, Maryann. Several of them could be left out. For example, John and Tessa Peterson and Harland Walker Blackford are described in backstory but don't actually appear on stage. A few others, like the two Arab shop owners in Jerusalem and Greg's old commander are barely mentioned. I need to pare it down a bit before putting it on my website.

I'm thinking about putting all my POV characters on my website just a reference for readers.

I like this, Chester. It is a fun idea, and like you, I keep track anyway as I write. I can see where I could possibly give too much away by putting my tracking info on my website tho.

Good idea, L.J. And I agree, Christine, you have to be careful not to give away too much of the plot in listing characters.

I like the idea, Chester, and that is quite the cast of characters.

Harper's Island did that and as fast as the people were being killed off it helped me keep them straight - sort of!