Where mystery stories come from 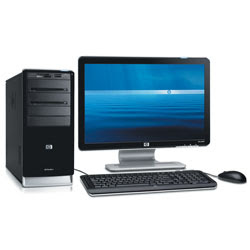 Where do mystery stories come from? Out of a computer, my grandson would probably say. Indeed, I’ve heard there are computer programs you can feed info into and they will produce a story. But it seems there’s a little more to it than that.

Writers indulge in what is generally known as the creative process. According to Wikipedia, there’s no “single authoritative perspective or definition of creativity.” So they go on and give one, saying it’s “a mental and social process” that involves generating new ideas or concepts. Or, put more simply, it’s the act of making something new.

That’s always been my definition, creating something different than what was there before.

People with a scientific bent go into all this right brain vs. left brain stuff. They say the right brain flourishes in dealing with “complexity, ambiguity and paradox.” Hey, my mysteries are full of that. Also, the right brain isn’t necessarily interested in following the rules. That cinches it. I’m a right brain writer.

One other item mentioned in Wikipedia, creativity has been associated with genius, mental illness and humor. Funny they should say that. I don’t consider myself a genius, so where does that leave me?

Put simply, I think writers feel a compulsion to tell a story. They have great imaginations, the ability to form images in the mind that are far removed from anything present at the time. We may have a picture or notes pertaining to the subject, but the gyroscopes in our heads are busy twisting and turning them into something entirely different.

Since there are no really new plots out there, we grab an old one and give it our own twist. The mystery writer’s arsenal is full of motives and weapons and crimes and passions. We choose a place for things to happen, create some interesting characters, and set the story in motion.

If the protagonists we create are believable and worth caring about, if our settings are vivid enough to make readers feel they’re on the scene, and if our plots follow a trail of growing conflict and suspense, we’ve probably created a mystery that folks will be willing to plunk down a few bucks to read.

I don’t believe a computer could accomplish that without our help. Well, maybe Donna Andrews’ Turing Hopper could, but Donna created Turing.

More about my latest creation here: The Surest Poison
Posted by Chester Campbell at 3:14 PM

That's right. Humans are better than software and machines, even though humans made them.

I'd like to read a computer-generated mystery novel. I'll bet it's hilarious.

I agree, Morgan and Jean. Probably be like one of those manuscripts somebody wrote one time as a spoof for one of the vanity presses that claimed they culled their submissions.