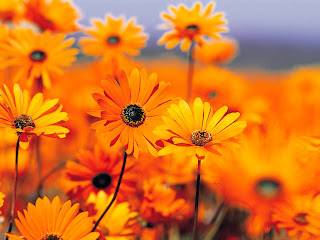 A week ago, I blogged about writing what you know and observed that I couldn't think of anything for which I might claim expertise. While skimming about the many groups I subscribe to, I came across a thread at the Sisters in Crime list titled "Late Bloomers."

I discovered my niche. If there's something about which I can speak with authority, it's late-blooming writers.

For achieving the status of a published author, that's blooming late (yes, you can take that as a pun or a statement of fact).

I don't recommend an apprenticeship of 54 years, though it has its advantages. For one, you've observed enough of humanity to be conversant with most any type of character around. For another, you've been involved in business, social, and personal relationships that give you insights into most of the situations you're likely to encounter in writing a novel.

True, you may not have stumbled upon a murder like most of our characters eventually do, but you've heard and read and seen enough of it to feel comfortable with describing the experience.

If you've ever seen someone die traumatically, it'll stick with you. It happened to me back in my early newspaper reporting days. I was riding with a photographer on the way back from covering a story in another county when we topped a hill and saw a motorcycle lying in the middle of the highway. Two men were on it. We jumped out of the car and ran up to where they lay amidst a growing sea of red. Just as I got there, one of them gave a final tremble.

I can still see that scene vividly in my mind though it was 60 years ago.

Writing fiction is a taxing task, no matter how long you've been at it. You're always reaching for the precise word you feel will best convey your thoughts. But inventing characters and situations becomes easier the more you take part in life's everyday experiences.

Being a late bloomer doesn't seem all that bad, except for one thing. It makes you impatient with agents or editors or publishers who dawdle around with your work like you had all the time in the world to wait on them. That's why I deal with a small press that can make decisions quickly and get things done in a hurry.

What are you waiting for? Get busy!

And check out my latest book here.
Posted by Chester Campbell at 4:22 PM

As another late bloomer, I enjoyed and so identified with your post.

Right, Jane, there appear to be lots of us around.

I'm another late bloomer. There are many of us out there.